Occasionally some world and local events require us to circle back and look at perceptions, facts and events that we have contemplated before.  Today. two such items require revisiting.

Trump’s Addressing Root Cause of 2008 Crash-Freddie and Fannie

In February, contrary to “conventional wisdom”, (meaning Fake News aided and abetted by RINOs), was that President Trump would NOT seek to privatize Fannie Mae and Freddie Mac and eliminate government control over these two quasi governmental agencies and by and large eliminate the potential liability for these agencies by we, the taxpayers.  Both entities were originally chartered as private entities in 1938 when they were created.

The “wisdom pundits” postulated that Secretary Mnuchin and others in the administration would convince the President that privatizing these agencies would be a bad idea.  The big government control freaks love the idea of being able to control each of us and generally, our largest personal asset, our homes, by controlling the liquidity of mortgages.  In 2008, the fallacy of keeping these two Government Sponsored Enterprises (GSEs) was highlighted as we, taxpayers, had to bail out both of these entities after they knowingly, and with the aid of Republicans and Democrats, bought up junk mortgages and loans from banks who made sub-prime loans.

Today, President Trump is pushing the privatizing of both of these entities in order to restore accountability and responsibility for their operations.  Their sole purpose is to provide a secondary market for mortgages and loans so banks “sell” these loans and restore the cash they need to give more new loans.  If you have refinanced or bought a home, you probably received a note that your loan was bought out by Freddie or Fannie and you probably were given the name of a new processing company to send you payments to.  Your original bank was then off of the hook for your loan and the responsibility was shifted to Fannie and Freddie, and you the taxpayer.

The fallacy of this quasi-government arrangement was that there were already private companies doing the same thing as Freddie and Fannie.  But, they could not compete with the purchase rates nor the lack of liability that Fannie and Freddie enjoyed.  So, the private market pretty much is insignificant.

President Trump want to recreate the private secondary market by removing the GSE status of these agencies and force them to compete on the open market.  Private investors would have never made the decision to buy worthless paper as these two agencies did in early 2000’s until the crash in 2008.  Congress will find it much harder to create a bubble like they did in the 2000’s that led to the housing crisis.  There will be no willing partners in the secondary market.  Also, it reduces Congress’s ability to fiddle with the mortgage market and create politically popular short-term bubbles.

This week we saw that the Hong Kong leaders pulled back the Chinese Government Law that would have allowed Hong Kong Citizens to be sent to mainland China for interrogation and prosecution.  (Ask Muslims how this has worked out for them!)  But, the Hong Kong protestors are also demanding:

While President Xi was not publicly involved in this action, I believe that he convinced the hardliners in the Communist Party that a Tiananmen Square type of crackdown would only exacerbate the Hong Kong problem but also endanger any hope of a US trade deal and invite international condemnation.  I do not believe that, as of this writing, the Chinese are willing to go much further in terms of turning over more autonomy to the people in Hong Kong.  This would have ramifications within the Chinese mainland as well as Taiwan.

While this may signal some softening inside of China, it may not.  But, if Xi did overcome objections by the hardliners, there is some hope that Xi may also be able to push forward trade talks with the US.  I still am less than hopeful that President Trump and Xi will arrive at a point acceptable to the Chinese hardliners or President Trump.  But, I still do not believe that President Trump cares if he gets a deal or not.  He can achieve his goals by the end of his second term by revamping the Chinese goods supply chain and move US companies out of China.  This will severely hurt the Chinese economy, prop up the US economy, and cripple the Chinese ability to fund its military expansion.

Don’t forget that President Trump has also ramped up our military sales to Taiwan to the dismay and consternation of the Chinese.  He is also protrolling the south Chinese Sea in the face of Chinese protestation.  Trump is poking a lot of different sticks in the Communist Chinese Eyes and they are quite dumbfounded as how to respond… 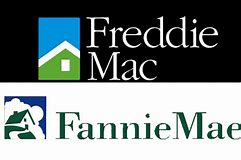 His dilemma is who to have spearhead this reform effort, the Treasury Department, Housing and Urban Development (HUD), or the Federal Housing Finance Agency (FHFA).  The terms of the original Congressional charter for both companies mandates that they are regulated by the Department of Housing and Urban Development (HUD) and the Federal Housing Finance Agency (FHFA).  The FHFA regulates the financial safety and soundness of Fannie Mae and Freddie Mac, including implementing, enforcing and monitoring their capital standards, and limiting the size of their mortgage investment portfolios; HUD is responsible for Fannie and Freddie’s general housing missions.   The Treasury Department only has the task of providing liquidity for Freddie and Fannie by purchasing up to $2.25 billion in securities from each company.

Why do you care?  Do you want to go through another 2008 Depression?

At the core of the issue is whether Freddie and Fannie should continue to have the tacit financial guarantee, (if they default you, the taxpayer, has to bail them out like the $200 billion bailout in 2008), of the Federal Government as GOVERNMENT-SPONSORED ENTERPRISES (GSE), or should they be “privatized” as Fannie Mae was in 1938 when it was created.  By having GSE status, these two giants have basically eliminated all prior private secondary market competitors as Freddie and Fannie can fund bonds at a much lower rate than their private competitors.  Investors in Freddie and Fannie know that the Federal Government totally backs them and thus the investment in the GSEs is risk free!

But, the downside is what we saw in 2008.  Freddie and Fannie bought up worthless mortgages and consumer loans and drove up their debt to over $5 Trillion dollars, all of which was backed by taxpayers!  There was not 100 other companies to spread this risk to as Freddie and Fannie had a monopoly.  If there had not been a government backed Freddie and Fannie to buy up worthless paper, there probably would not have been a 2008 Crisis as the private companies would not have bought up worthless loans as they were responsible to stockholders who demand a return on their investments!  Too Big To Fail would probably never had come about as there would have been no one to buy up idiotic loans by the big banks and mortgage brokers, thus they would not have created worthless loans in the first place.

So, what is the President to do?  Treasury Secretary Steven Mnuchin wants to continue to head the reform effort but the soon to be head of the Federal Housing Finance Agency, Mark Calabria, would also like to take the lead as his agency has the basic Congressional charter to manage Freddie and Fannie.  At the heart of the debate is whether to remove Freddie and Fannie from ” Federal receivership”, that was imposed on them in 2008 as a result of the mortgage crisis.  They remain in Federal receivership, meaning total control by the Federal government today. Mnuchin favors the removal of the Federal receivership status from both GSEs and return them back to their 2008 status where they retain their tacit Federal Government backing.  This would make the stockholders in Freddie and Fannie happy but keep the taxpayers at large on the hook if they repeat their idiotic business practices of the past decade. 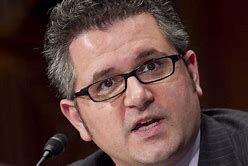 Calabria is a libertarian at heart and one could assume that he would not support continued government intervention or tacit backing for Freddie and Fannie.  But that is just a guess as he has not signaled any reform preferences.  Calabria, when he was at the Cato institute, expressed his displeasure at the agencies’ “Affordable Housing Mandate” that help fuel the sub-prime collapse.  He has also questioned the need for 30-year mortgages and the need to package mortgage loans into bonds and then sell them to private investors.

But, The President appears to support Calabria as the lead in the reform effort.  BUT, any reform has to be approved not only by the Senate Banking Committee but also the House Banking Committee, headed by MAXINE WATERS.  Waters was one of the strongest supporters of sub-prime loans and the granting of insolvent loans to minorities just t drive up the home ownership numbers.  She also was able to get her hubby placed on the board of directors of a Southern California bank!

So, keep an eye on Mark Calabria and where he signals the reform of Freddie and Fannie is heading.  No matter what Mark recommends, the President will have to wait until after the 2020 elections where hopefully the Republicans will retake the House of Representatives, retain the Senate, and thus get Maxine Waters out of her role as head of the House Banking Committee.  (AOL is also on this committee)

This Reform is Critical to the Continued, Non-Bubble Enhanced, Growth in Our Economy!