Where Are the Past Presidents In Supporting Our Country During this Coronavirus Pandemic?

Usually, no matter who is President, past presidents line up behind the current President and his administration and support the efforts being made to protect our citizens and combat the threat.  So far, crickets from the past Presidents in supporting President Trump in his battle to eradicate the current pandemic.  Has our politics degraded to such a level where even our past Presidents cannot put petty politics and personal feelings aside and stand behind the American People in a time of crisis?  I suppose not!

These past Presidents have praised Trump’s medical team, Fauci and Birx mainly, but have not voiced any support for President Trump and his overall task force efforts to combat the pandemic. Praising Fauci and Brix alone is like patting themselves on the back as these two served all of the past Presidents except Carter.   When these Presidents skirt backing the administration, it is a tacit disapproval of President Trump and his administration.  Pretty sad when you consider the potential impact on this nation, health wise and economically. 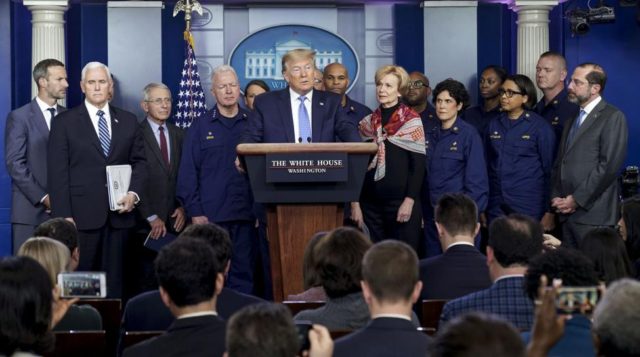 One of the Whitehouse correspondents asked the President if he had reached out to Obama for advice.  How about the past Presidents giving positive interviews and tweets in support of our nation and the efforts being led by this Administration.  Bet they would step up if funding for their libraries was at risk!