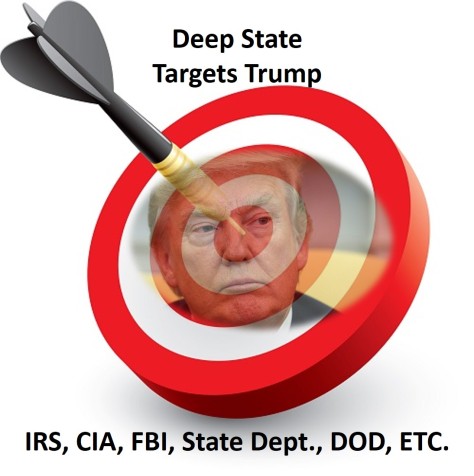 Note:  As I was writing this article, I received an alert from Breitbart that a “Whistleblower” from the IRS filed a complaint that either President Trump or Vice President Pence had improperly “interfered” with the IRS audit of either Trump or Pence!

The first installment (https://wp.me/pY51c-1js) of this topic talked about the Progressive-Left/Main Stream Media (PLMSM) and their repeated use of baseless allegations to entrap President Trump or his cabinet or appointees in “scandals” that rise to the crisis point of a “constitutional crisis” and as such impeachment!  We discussed the insane levels to which the PLMSM would go to regain power after the 2016 Presidential defeat of Clinton.  In the second installment (https://wp.me/pY51c-1jB) we discussed the repetitive playbook script that the PLMSM were and would follow until they drive this President from Office.

Today, I am warning you that use of the “Whistleblower” statute and regulations will become the favored tool to target President Trump, his cabinet and his appointees and supporters. Why use the whistleblower cover?  Because this ruse was devised by idiotic RINOs and the PLMSM to allow employees in government to “tattle” on their peers without fear of reprisal or being outed.  The “whistleblower” is also able to pass on here-say and uncorroborated information.  Once leaked to the media, it becomes fact until the target can scrape enough info together to refute the allegations.  But, by then, most of the pubic would have heard the allegations and ultimately only a small percent of those would have heard the exculpatory rebuttal.

So, the PLMSM now has a tool they can use to impugn anyone they deem a threat from a lowly Secretary of State, a Supreme Court Justice, a Secretary of Commerce, and, did I forget, the President of the United States!  Facts are irrelevant.  It is the SERIOUSNESS of the Allegation is what is important.  This allows the RINOs like Mitt Romney, and his new cohort, Mike Lee and others to feign outrage that X would have committed such a despicable act, if true.  They always add the “if true” just to make themselves more saintly!

So what do the PLMSM have in store for President Trump and his supporters?  Here are a couple of juicy tidbits that I am sure they can find someone in John Brennon’s old CIA or Hillary Clinton’s State Department to confirm and tweet on their whistle!

My point is that this impeachment parade of horrors will not end with the current non-impeachable crisis surrounding Trump’s Ukrainian phone call.  The PLMSM are kind of like an addicted gambler at a slot machine.  One more quarter is bound to pay off!  They are so used to their playbook paying dividends that they cannot imagine losing to TRUMP!  After all, he is an idiot, and a despicable deplorable morally repugnant sub-human being who does not deserve to rise to the level of let’s say, Bill Clinton!

So, buckle up, chin-up, stock up on wine or whatever you need to survive the continued SH@$show.  It won’t end when Trump is re-elected for another 4 years.  They can never admit they were wrong and more importantly, incompetent.

Also, say a prayer every night for President Trump and all of those who support and surround him…

After all, it just the fate of the world that is at stake!